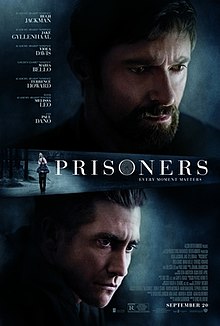 The plot focuses on the abduction of two young girls in Pennsylvania and the subsequent search. At the 86th Academy Awards, the film was nominated for Best Cinematography.

The Prisoners soundtrack, composed by Johann Johannsson, was released on 20 September 2013.

Jóhann Jóhannsson (Icelandic pronunciation: [ˈjouːhan ˈjouːhansɔn]; born 19 September 1969) is an Icelandic composer born in Reykavik in Iceland. As a composer he has been identified with minimalist, neo-classical, drone, and electronic music. Jóhann is known for his film music, primarily for his Oscar-nominated, Golden Globe-winning score for James Marsh’s The Theory of Everything.